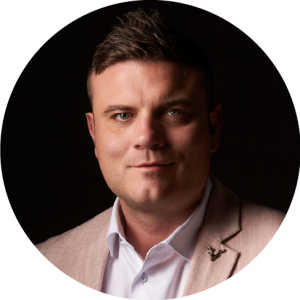 Welcome to our August update, continuing on with our series of market commentary from one of New Zealand’s top financial journalists, Bernard Hickey.

New Zealand’s economic outlook may have stumbled through August, but the outlook for property markets and interest rates remains positive as Auckland’s boom begins to spread and the Reserve Bank keeps cutting the Official Cash Rate (OCR).

As expected, Governor Graeme Wheeler cut the OCR by another 25 basis points to 3.0% on July 23 and is widely expected to cut again on September 10, although some economists think there may then be a pause until later this year. Most think the Reserve Bank will cut the OCR to 2.5% by early next year and some think it could drop as low as 2.0% by the middle of 2016.

A forecast slump in the dairy payout to NZ$3.85/kg this year from NZ$8.40/kg two years ago was a major factor for the Reserve Bank changing its view through June and July about a softening of economic growth and inflationary pressures.

Business confidence about the wider economy also slumped through the winter and consumer confidence fell, although not by as much. Data on jobs growth, wage growth and retail sales also suggested very little inflationary pressure.

However, confidence in the housing market remains robust, particularly in and around Auckland as net migration is at record highs, a shortage of around 30,000 houses is still growing and strong demand from offshore investors’ remains.

Market watchers are looking out for any signs of slowing activity as the October 1 deadline approaches for the Government’s two-year ‘Bright Line’ capital gains test and the Reserve Bank’s new 70% LVR limit for Auckland landlords.

But activity has sped up if anything through winter. REINZ reported house sales volumes rose in July to their highest levels since 2005 nationally, and July was the strongest sales month in 12 years for Northland, Auckland and Waikato/Bay of Plenty.

“The volume of sales has been exceptionally strong for the middle of winter right across New Zealand, with very strong year-on-year sales growth in the top half of the North Island and Central Otago Lakes in particular,” REINZ CEO Colleen Milne said.

“Backing this is strong anecdotal evidence of Aucklanders buying in these regions as owner occupiers and investment properties,” she said.

Agents reported Auckland investors primed with plenty of equity from their Auckland properties are looking for lower priced properties in provincial cities that that they can use LVRs of 70-80% to buy.

Employment growth has slowed nationally, but real wage growth remains robust and unemployment has yet to edge up much, although some economists are forecasting a rise to 6.9% by the end of next year. Still-strong net migration is also supporting house prices in the upper North Island in particular.

While dairy is in the dole-drums, export returns from meat, wool, wine, apples, kiwifruit and tourism are headed for record highs as the combined effects of strong prices, record visitor numbers and the currency slump boost revenues.